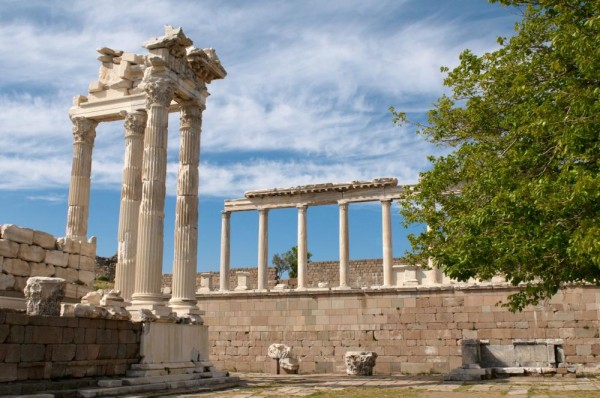 The gallery link is here. More photos will be added in a short time.

From Wikipedia:
Pergamon, Pergamum or P?rgamo (in Greek, ????????) was an ancient Greek city in modern-day Turkey, in Mysia, today located 16 miles (26 km) from the Aegean Sea on a promontory on the north side of the river Caicus (modern day Bak?r?ay), that became the capital of the Kingdom of Pergamon during the Hellenistic period, under the Attalid dynasty, 281?133 BC. Today, the main sites of ancient Pergamon are to the north and west of the modern city of Bergama.

The Attalid kingdom was the rump state left after the collapse of the Kingdom of Thrace.

The Attalids, the descendants of Attalus, father of Philetaerus who came to power in 281 BC following the collapse of the Kingdom of Thrace, were among the most loyal supporters of Rome in the Hellenistic world. Under Attalus I (241-197 BC), they allied with Rome against Philip V of Macedon, during the first and second Macedonian Wars, and again under Eumenes II (197-158 BC), against Perseus of Macedon, during the Third Macedonian War. For support against the Seleucids, the Attalids were rewarded with all the former Seleucid domains in Asia Minor.

The Attalids ruled with intelligence and generosity. Many documents survive showing how the Attalids would support the growth of towns through sending in skilled artisans and by remitting taxes. They allowed the Greek cities in their domains to maintain nominal independence. They sent gifts to Greek cultural sites like Delphi, Delos, and Athens. They defeated the invading Celts. They remodeled the Acropolis of Pergamo after the Acropolis in Athens. When Attalus III (138-133 BC) died without an heir in 133 BC he bequeathed the whole of Pergamon to Rome, in order to prevent a civil war.

According to Christian tradition, the first bishop of Pergamon, Antipas, was martyred there in ca. 92 AD. (Revelation 2:13)

The Ottoman Sultan Murad III had two large alabaster urns transported from the ruins of Pergamon and placed on two sides of the nave in the Hagia Sophia in Istanbul.

The Great Altar of Pergamon is in the Pergamon Museum, Berlin. The base of this altar remains on the upper part of the Acropolis. It was perhaps to this altar, believed dedicated to Zeus, that John of Patmos referred to as “Satan’s Throne” in his Book of Revelation (Revelation 2:12-13).

Other notable structures still in existence on the upper part of the Acropolis include:

* The Hellenistic Theater with a seating capacity of 10,000. This had the steepest seating of any known theater in the ancient world.[2]
* The Sanctuary of Trajan (also known as the Trajaneum)
* The Sanctuary of Athena
* The Library a.k.a. Athenaeum[citation needed]
* The Royal palaces
* The Hero?n – a shrine where the kings of Pergamon, particularly, Attalus I and Eumenes II, were worshipped.[3]
* The Temple of Dionysus
* The Upper Agora
* The Roman baths complex

Pergamon’s library on the Acropolis (the ancient Library of Pergamum) is the second best in the ancient Greek civilization.[4] When the Ptolemies stopped exporting papyrus, partly because of competitors and partly because of shortages, the Pergamenes invented a new substance to use in codices, called pergaminus or pergamena (parchment) after the city. This was made of fine calfskin, a predecessor of vellum. The library at Pergamom was believed to contain 200,000 volumes, which Mark Antony later gave to Cleopatra as a wedding present.
Lower Acropolis

The lower part of the Acropolis has the following structures: 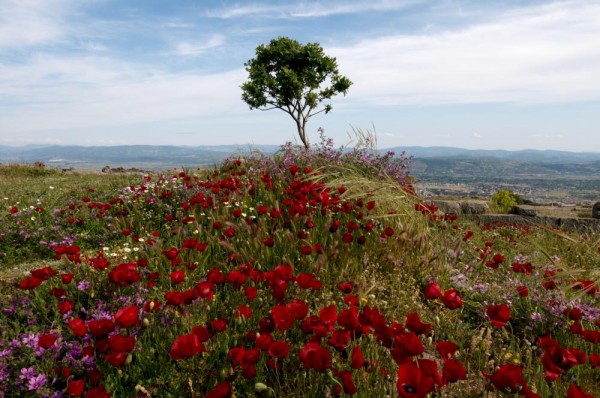 This entry was posted in Uncategorized and tagged bergama, mysia, pergamon, turkey. Bookmark the permalink.