Link to the photo gallery is here: link.

One of Pergamon’s ?notable structures is the Serapis Temple (Serapeum) which was later transformed into the Red Basilica complex (or Kizil Avlu in Turkish), about one kilometer south of the Acropolis. It consists of a main building and 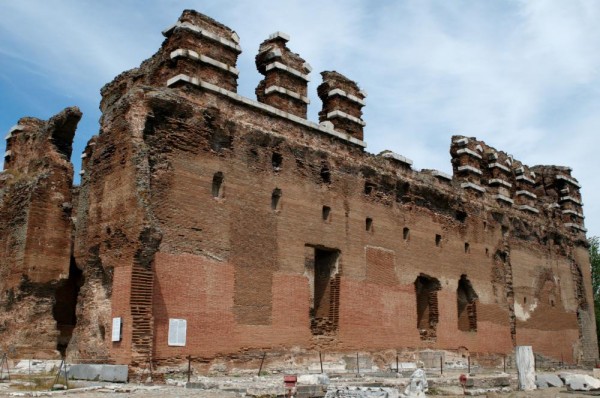 two round towers. In the first century AD, the Christian Church at Pergamon inside the main building of the Red Basilica was one of the Seven Churches to which the Book of Revelation was addressed (Revelation 2:12). The forecourt is still supported by the 193 m wide Pergamon Bridge, the largest bridge substruction of antiquity.

It is beleived that this was a “Temple of the Egyptian Gods”. And the architects were Egyptians. A ?temple in western Anatolia devoted to Egyptian gods is not something to be expected.

This building had one of the biggest domes of the time, but unfortunately most of the ceiling has been destroyed probably by earthquakes.

A site that must be visited while you are at the Pergamon (Bergama) in Turkey.

This entry was posted in Uncategorized and tagged bergama, pergamon, red hall. Bookmark the permalink.