One of the places that must be visited in Istanbul.

The museum was opened in 1891. Founder is Osman Hamdi Bey ((1842 ? 1910) was an Ottoman statesman, intellectual, art expert and also a prominent and pioneering Turkish painter. He was also an accomplished archaeologist, and is considered as the pioneer of the museum curator‘s profession in Turkey).

Enjoy the small tour with photos by following this link to my gallery.

The following is taken from Wikipedia. 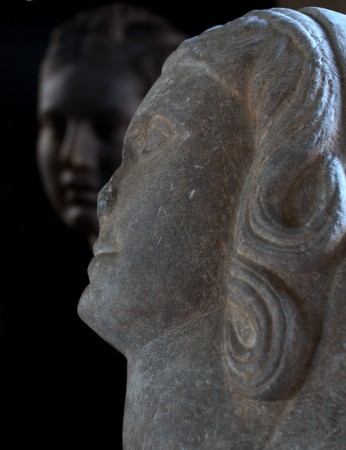 It houses over one million objects that represent almost all of the eras and civilizations in world history.

The site of the museums actually belonged to the Topkap? Palace outer gardens. The museum was founded by decree as the Imperial Museum (?mparatorluk M?zesi). When it opened to the public in 1891, it was the first one to feature Turkish art. The first curator was Osman Hamdi Bey, who was also the founder of the museum. Since the imperial decree protecting cultural goods in the Ottoman empire was enforced, many governors from the different provinces would send in found artefacts to the capital city. In that way the museum was able to amass a great collection. Upon its 100th anniversary in 1991, the Museum received the European Council Museum Award, particularly for the renovations made to the lower floor halls in the main building and the new displays in the other buildings.

The construction of the main building was started by Osman Hamdi Bey in 1881, attaining its present neo-Greek form in 1908. The architect was Alexander Vallaury. The fa?ade of the building was inspired by the Alexander Sarcophagus and Sarcophagus of the Mourning Women, both housed inside the Museum. It is one of the prominent structures built in the neoclassical style in Istanbul.

The Museum of the Ancient Orient was commissioned by Osman Hamdi Bey in 1883 as a Fine Arts School. Then it was re-organised as a museum and opened in 1935. It was closed to visitors in 1963, and reopened in 1974 after restoration works on the interior.

The Tiled Kiosk was commissioned by Sultan Mehmed II in 1472. It is one of the oldest structures in Istanbul featuring Ottoman civil architecture and was a part of the Topkap? Palace outer gardens. It was used as the Imperial Museum between 1875 and 1891 before the collection moved to the newly constructed main building. It was opened to public in 1953 as a museum of Turkish and Islamic art, and was later incorporated into the Istanbul Archaeology Museum. 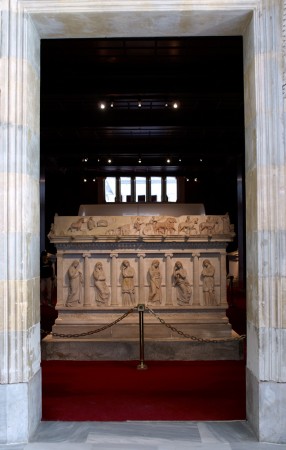 The ornate Alexander Sarcophagus, once believed to be prepared for Alexander the Great, is among the most famous pieces of ancient art in the museum.[2] The Kadesh Peace Treaty (1258 BCE), signed between Ramesses II of Egypt and Hattusili III of the Hittite Empire, is another favourite of the visitors. It is the oldest known peace treaty in the world, and a giant poster of this tablet (treaty) is on the wall of the United Nations Headquarters in New York City.

The museum has a large collection of Turkish, Hellenistic and Roman artifacts. The most prominent artifacts exhibited in the museum include:

This entry was posted in Uncategorized and tagged archeology, istanbul, museum, turkey. Bookmark the permalink.