Here are some photos from this palace in Istanbul. Follow the link to my gallery: Link

During the second half of the 16th century, Rumeli Beylerbeyi (a very high ranking governor in charge of the whole European side of the empire) Mehmet Pa?a had a seaside mansion in this place. The name of Beylerbeyi stems from this. During later periods, the palace was adjoined to the Sultan?s lands. Sultan Mahmut II had a wooden palace constructed in its place during the first quarter of 19th century. This wooden palace was incinerated and another one built in its place for Abd?laziz by the famous architect of the period, Sarkis Balyan and his brother. It is this palace that we know now as Beylerbeyi Palace. Completed in 1865, the palace became the summer home of the Sultan?s family, and it was also used to host foreign guests. 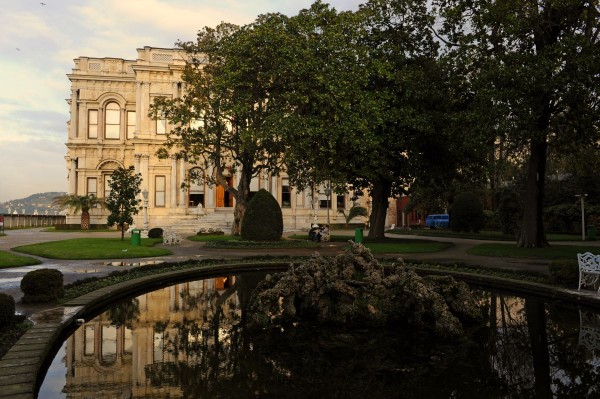 The palace?s garden is decorated with trees, statues, and pools. A hall with an indoor-pool, selaml?k, harem, and admiral?s room catch the attention of visitors in the inner part of the palace. Furthermore, the valide sultan room (used for Mother of the Sultan in power), dinning room, reception room, and blue hall are also worth seeing. There are a total of 26 rooms and 6 sitting rooms. It is said that the Marble Mansion and the Yellow Mansion were built by Sultan Mahmut II. The Yellow Mansion was restored during Sultan Abd?laziz?s period. The Ahir Mansion [Stable House], located on the side of the bridge, was built for the Sutan?s horses.

Abd?lhamit was kept in custody in this palace until his death in 1918, after he was dethrowned. After the foundation of the Turkish Republic, Atat?rk?s guests were hosted in this palace. It has since been transformed into a museum, and it is one of the important historical architectural buildings located on the Anatolian side of Istanbul.

Also some information from Wikipedia follows:

Beylerleyi Palace was commissioned by Sultan Abd?laziz (1830?1876) and built between 1861 and 1865 as a summer residence and a place to entertain visiting heads of state. Empress Eug?nie of France visited Beylerbeyi on her way to the opening of the Suez Canal in 1869 and had her face slapped by the sultan’s mother for daring to enter the palace on the arm of Abd?laziz. (Despite her initial reception, Empress Eug?nie of France was so delighted by the elegance of the palace that she had a copy of the window in the guest room made for her bedroom in Tuileries Palace, in Paris.) Other regal visitors to the palace included the Duke and Duchess of Windsor.

The palace was the last place of captivity of the deposed sultan Abdulhamid II from 1912 until his death there in 1918. 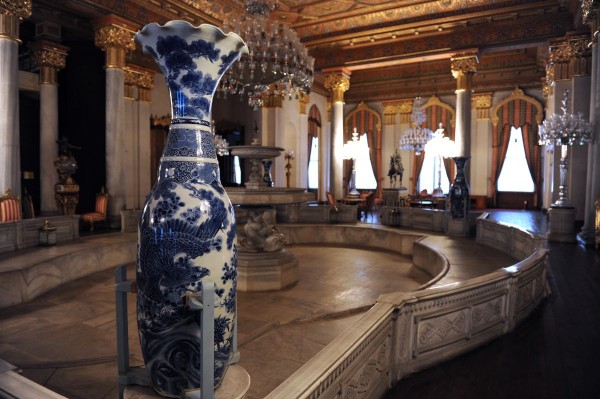 Designed in the Second Empire style by Sarkis Balyan, Beylerbeyi Palace seems fairly restrained compared to the excesses of the earlier Dolmabah?e or K???ksu palaces.

The palace looks its most attractive from the Bosphorus, from where its two bathing pavilions, one for the harem (women’s only) and the other for the selamlik (men’s only), can best be seen. One of the most attractive rooms is the reception hall, which has a pool and fountain. Running water was popular in Ottoman houses for its pleasant sound and cooling effect in the heat.

Egyptian reed matting is used on the floor as a form of insulation. The crystal chandeliers are mostly French Baccarat and the carpets are from Hereke.

This entry was posted in Uncategorized and tagged beylerbeyi, istanbul, palace, sultan. Bookmark the permalink.