We will start a tour that covers the traces of the Phrygian Kingdom.

The link to my photo album is at LINK. 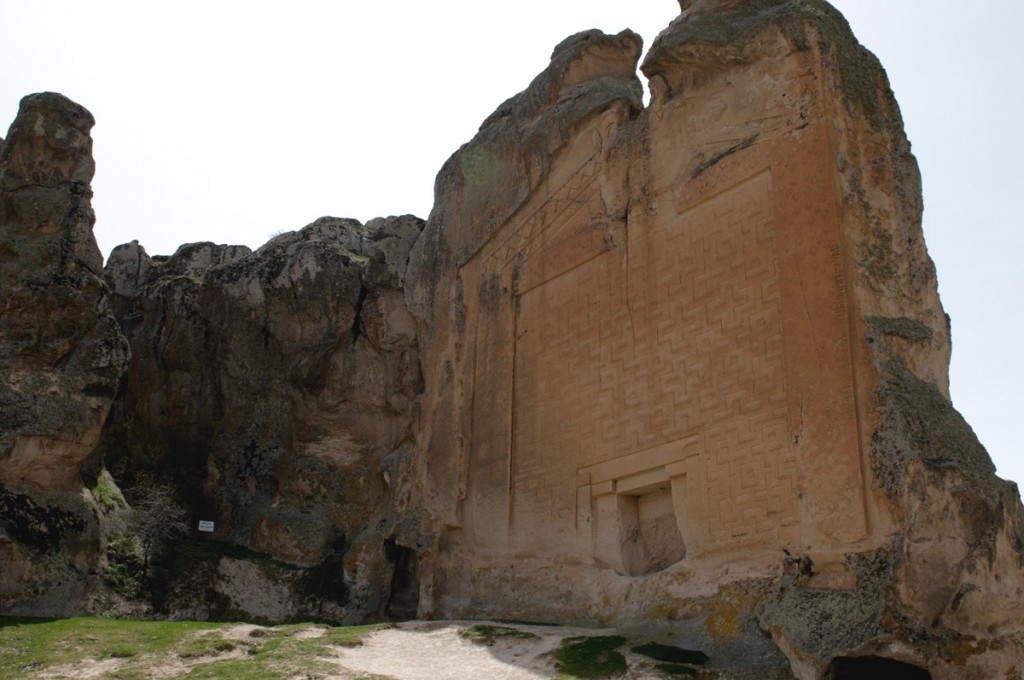 The first stop is the Midas City, which will be followed by Gordion and other sites.

Above is the photo of the city entrance, “Yaz?l?kaya” which translates to “Written Rock”. This is a massive inscripted wall.

The ?Phrygian kingdom dates back to 1200 years B.C., and certainly the places we have visited should be world heritage sites/area.

Here is some additional information taken from Wikipedia:

In antiquity, Phrygia (Greek: ??????, ? ) was a kingdom in the west central part of Anatolia, in what is now modern-day Turkey. The Phrygians (Phruges or Phryges) initially lived in the southern Balkans; according to Herodotus, under the name of Bryges (Briges), changing it to Phruges after their final migration to Anatolia, via the Hellespont.

During the flourishing of the city-state of Troy, a part of the Bryges emigrated to Anatolia as Trojan allies or under the protection of Troy.[citation needed] The Trojan language did not survive; consequently, its exact relationship to the Phrygian language and the affinity of Phrygian society to that of Troy remain open questions. Similarly, the date of migration and the relationship of the Phrygians to the Hittite empire are unknown. They are, however, often considered part of a “Thraco-Phrygian” group. A conventional date of c. 1200 BC often is used, at the very end of the Hittite empire. It is certain that Phrygia was constituted on Hittite land, and yet not at the very center of Hittite power in the big bend of the Halys River, where Ankara now is.

From tribal and village beginnings, the state of Phrygia arose in the 8th century BC with its capital at Gordium. During this period, the Phrygians extended eastward and encroached upon the kingdom of Urartu, the descendants of the Hurrians, a former rival of the Hittites.

Meanwhile the Phrygian Kingdom was overwhelmed by Iranian Cimmerian invaders c. 690 BC, then briefly conquered by its neighbor Lydia, before it passed successively into the Persian Empire of Cyrus and the empire of Alexander and his successors, was taken by the Attalids of Pergamon, and eventually became part of the Roman Empire. The last mentions of the language date to the 5th century AD and it was likely extinct by the 7th century AD.[1]