Here is the link to the gallery,?

The Golden Gate was the monumental and ceremonial entrance to the city as one came along the Roman road from Europe, with four massive towers built into Theodosius II’s mighty land walls. 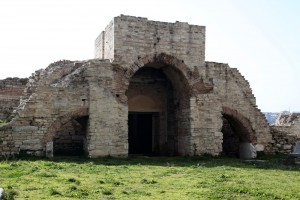 Ottoman Empire, Mehmet II, (Fatih Sultan Mehmet)? added three towers to make it a fortress, which he used as a treasury and prison as well.

The tower was later used as a Dungeon, and has been the last place even for some later Ottoman Sultans, and a prison for many foreign statesmen too.

Visit the gallery to see the present towers, a typical prison room, and other interesting parts. 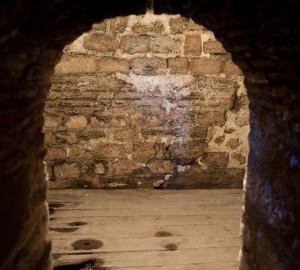 The site at present is a museum, and used sometimes for concert organizations, which is a huge conflict with its original uses.

This entry was posted in Uncategorized and tagged istanbul, yedikule. Bookmark the permalink.