Welcome to Asklepion, possibly the earliest hospital of the ancient world.

This site is close to Pergamon/Bergama. In the ancient world, the healing power of  water was well known. The hospital was made at this place, which had 3 different waters that were used for treatment of various sicknesses. This place was dedicated to the God of healing, Asklepios. 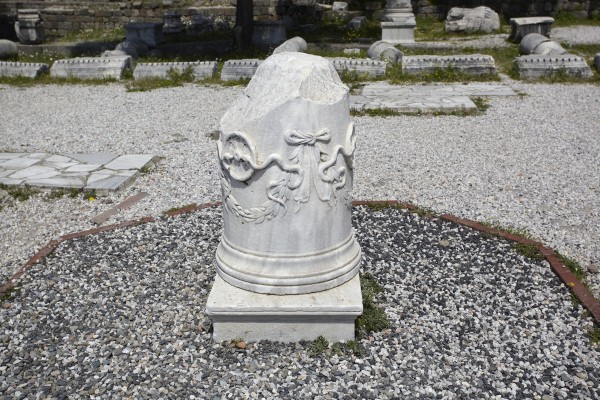 The Asklepion gained in prominence under the Romans in the 2nd century AD, but a sacred site existed here as early as the 4th century BC.

Many of the treatments employed at Pergamum, in complement with a sacred source of water that was later discovered as having radioactive properties, have been used for centuries.

The treatments included psychotherapy, massage, herbal remedies, mud and bathing treatments, the interpretation of dreams, and the drinking of water.

Below is the main treatment building, which is circular in shape, with the inner cylinder for storing the health water. 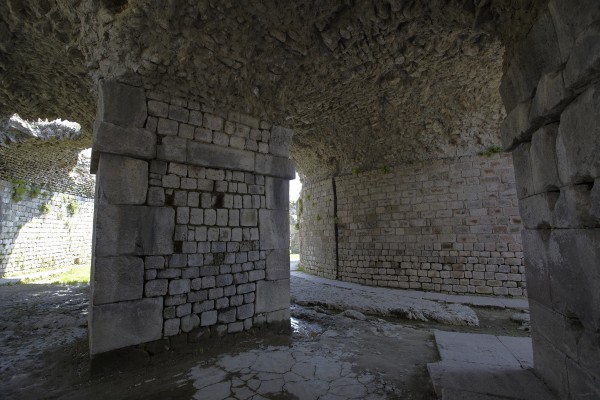 Quite unlike modern hospitals, everybody was dying to get in to the Asklepion: patients included Hadrian, Marcus Aurelius, and Caracalla.

But then again, the Asklepion was more like a modern spa than a hospital: therapy included mud baths, music concerts, and doses of water from the sacred fountain.

Hours of therapy also probed the meaning of the previous night’s dreams, as patients believed dreams recounted a visit by the god Asklepios, who held the key to curing illness.

Galen, the influential physician and philosopher who was born in Pergamum in 129 AD, trained and then later became an attendant to the gladiators here. 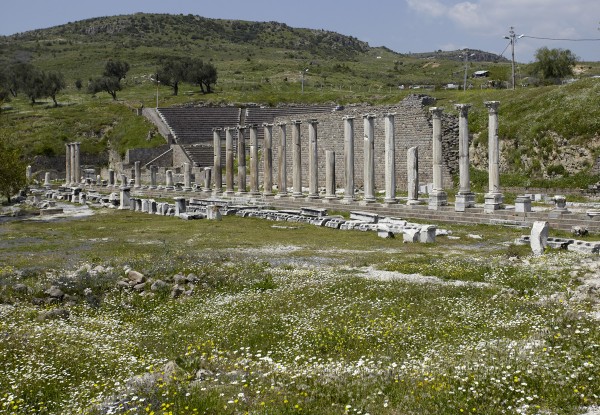 And here is the general view of the Theatre and the Library area.

This entry was posted in Sites from Turkey and tagged Asklepion, bergama, pergamon. Bookmark the permalink.